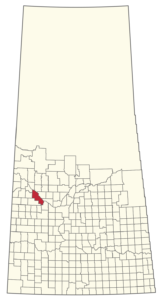 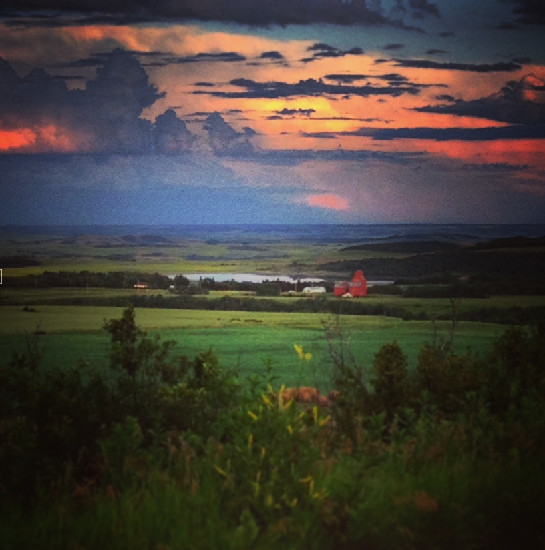 The RM is at the hub of the Battlefords with 4 major highways running through. The TransCanada Highway #16 NW, highway #40 west, highway #29 southwest, and #4 south. There is also a CTP (Clearing The Path) corridor running from highway #16 through the hamlet of Prongua to highway #29.

Table Mountain Regional Park is on the west boundary of the RM. It is one of the finest downhill ski hills in Saskatchewan boasting two quad chair lifts.

The RM of Battle River is well suited to grain and livestock production. The Eagle Hills escarpment goes from west to east with 250 feet of elevation rise from the valley, and 700 feet from the rivers. This creates stunning scenic views.
The Hamlet of Delmas is located on Highway #16 west and is the only organized hamlet in the RM. It’s a wonderful spot sitting on the height of land between the North Saskatchewan and Battle Rivers. Other residential sub-divisions are at Highgate overlooking the North Saskatchewan River, Prongua at the foot of the West Eagle Hills, Eagle Ridge Estates over looking Eagle Valley and Battle Ridge Estates near the town of Battleford.

The RM office and shop are located in the Town of Battleford in the industrial area just 300 meters from the Battle River.

Originally the RM was somewhat smaller, but in 1998 the RM of Prairie ceased to exist. The RM of Buffalo assumed half of the area as did the RM of Battle River.

Battleford was a hub for settlers going west and north at the turn of the 19th century, the many of the roads known as cart trails converged on Battleford, passing through the RM from the south. The first main trail that the NWMP and settlers used was The Swift Current trail,(300km) as that was the route to the closest railway (1883). The Swift Current Trail brought settlers from the rail line to Battleford and was also a route used by fur traders and explorers. There are places where these trails can still be seen today. When the railway finally got to Saskatoon in 1891, the primary cart trail became The Saskatoon Trail(130km) which paralleled the south side of the North Saskatchewan River. Many local residents of the RM have stories about the individuals that used the Saskatoon Trail. The Saskatoon Trail brought a telegraph line, freight, mail and the Barr Colonists west to Lloydminster.